You must register first

The Suicide of Venezuela

I never expected to witness the slow suicide of a country, a civilization. I suppose nobody does.

Let me tell you, there’s nothing epic about it. We who have the privilege of travel often look down in satisfaction at the ruins of ancient Greece; the Parthenon lit up in blues and greens. The acropolis. The Colosseum in Rome. We walk through the dusty streets of Timbuktu and gaze in wonder at the old mud mosques as we reflect on when

these places had energy and purpose. They are not sad musings, for those of us who are tourists. Time has polished over the disaster. Now all that is left are great old buildings that tell a story of when things were remarkable – not of how they quietly fell away. “There was no reason, not really,” we tell each other as we disembark our air-conditioned buses. “These things just happen. Nothing is forever; and nobody is at fault. It’s just the way of the world,” our plastic wine glass in hand. Time ebbs and flows, slowly wearing away the foundations of a civilization until it collapses in upon itself – at least that’s what we say to comfort ourselves. There’s nothing to do about it. These things can’t be stopped. They just are.

This is what people will say in a hundred years, a thousand years about Caracas, Venezuela. Or Maracay, or Valencia, or Maracaibo. Those great sweltering South American cities with their malls and super-highways and skyscrapers and colossal stadiums. When the archeologists of the future dredge the waters of the Caribbean and find the remains of sunken boats; putting them on display in futuristic museums to tell of the time when this place had hosted a civilization. Ruins of great malls filled with water and crocodiles – maybe the ancient anaconda will have retaken their valleys; maybe the giant rats that wander the plains will have made their abodes in the once-opulent homes of the oligarchs – covering the tiles and marble with their excrement. “There was nothing that could have been done,” the futuristic tourists will also say. “The country declined – and vanished – it’s the way things go.”

We tourists are wrong.

I know, because I have watched the suicide of a nation; and I know now how it happens. Venezuela is slowly, and very publically, dying; an act that has spanned more than fifteen years. To watch a country kill itself is not something that happens often. In ignorance, one presumes it would be fast and brutal and striking – like the Rwandan genocide or Vesuvius covering Pompeii. You expect to see bodies of mothers clutching protectively their young; carbonized by the force or preserved on the glossy side of pictures. But those aren’t the occasions that promote national suicide. After those events countries recover – people recover. They rebuild, they reconcile. They forgive.

No, national suicide is a much longer process – not product of any one moment. But instead one bad idea, upon another, upon another and another and another and another and the wheels that move the country began to grind slower and slower; rust covering their once shiny facades. Revolution – cold and angry. Hate, as a political strategy. Law, used to divide and conquer. Regulation used to punish. Elections used to cement dictatorship. Corruption bleeding out the lifeblood in drips, filling the buckets of a successive line of bureaucrats before they are destroyed, only to be replaced time and again. This is what is remarkable for me about Venezuela. In my defense – weak though it may be – I tried to fight the suicide the whole time; in one way or another. I suppose I still do, my writing as a last line of resistance. But like Dagny Taggert I found there was nothing to push against – it was all a gooey mess of resentment and excuses. “You shouldn’t do that.” I have said. And again, “That law will not work,” and “this election will bring no freedom,” while also, “what you plan will not bring prosperity – and the only equality you will find will be in the bread line.” And I was not alone; an army of people smarter than me pointed out publically in journals and discussion forums and on the televisions screens and community meetings and in political campaigns that the result would only be collective national suicide. Nobody was listening.

So I wandered off. I helped Uganda recover after a 25 year civil war – emptying out the camps and getting people back living again. I helped return democracy to Mali, and cemented a national peace process. I wrote three novels. I moved, and moved, and moved again. I loved my wife; we took vacations. We visited Marrakesh, and Cairo, and Zanzibar and Portugal and the Grand Canyon. We had surgeries. I had a son. We taught our son to sit up, to crawl, to walk and to run; to sing and scream and say words like “chlorophyll” and “photosynthesis”. To name the planets one by one, to write his name.

All the while the agonizingly slow suicide continued.

And always, in the early morning over coffee I open my computer to document, if only for myself, the next cut in Venezuela’s long, tragic suicide. I chat with my friends, who continue to try and explain to the mindless why their misery is a direct result of one bad idea built upon the last in a great edifice of stupidity. Good men and women who are stuck in a two-decade old debate from which there is no escape. I say silent prayers for the next in the long line of political prisoners. I look at photographs of places that I knew – beaches where I went and restaurants that I frequented; covered in garbage or boarded up and stinking. I watch the videos of the nightly sacking of supermarkets that are fortuitous enough to have had a supply of something.

Tonight there are no lights. Like the New York City of Ayn Rand’s “Atlas Shrugged”, the eyes of the country were plucked out to feed the starving beggars in abandoned occupied buildings which were once luxury apartments. They blame the weather – the government does – like the tribal shamans of old who made sacrifices to the gods in the hopes of an intervention. There is no food either; they tell the people to hold on, to raise chickens on the terraces of their once-glamorous apartments. There is no water – and they give lessons on state TV of how to wash with a cup of water. The money is worthless; people now pay with potatoes, if they can find them. Doctors operate using the light of their smart phones; when there is power enough to charge them. Without anesthesia, of course – or antibiotics, like the days before the advent of modern medicine. The phone service has been cut – soon the internet will go and an all-pervading darkness will fall over a feral land.

The marathon of destruction is almost finished; the lifeblood of the nation is almost gone. No, there is nothing heroic or epic here; ruins in the making are sad affairs – bereft of the comforting mantle of time which lends intrigue and inevitability. And watching it has, for me, been one of life’s great tragedies.

More in this category: « Iranian women call on Western tourists to violate hijab law to fight against oppression Could Obama's last act as president be pardoning Hillary? White House won't rule out last minute clemency that would protect Clinton from Trump »

Make sure you enter the (*) required information where indicated. HTML code is not allowed.

The Fake Campaign to Blame ‘the Russians’

Hillary Clinton Is Not Simply a Symptom of Our Corrupt System, She Is a Leading Cause

Could Obama's last act as president be pardoning Hillary? White House won't rule out last minute clemency that would protect Clinton from Trump

Good News for the People of Europe: The Transatlantic Trade and Investment Partnership (TTIP) Is Dead. Negotiations have Failed.

The DNC Is One Big Corporate Bribe

The Suicide of Venezuela

150 years ago, a world-famous philosopher called busyness the sign of an unhappy person

GREEK PENSIONS CRISIS: THE LAST ACT OF THE GREEK TRAGEDY?

The first plasma: the Wendelstein 7-X fusion device is now in operation 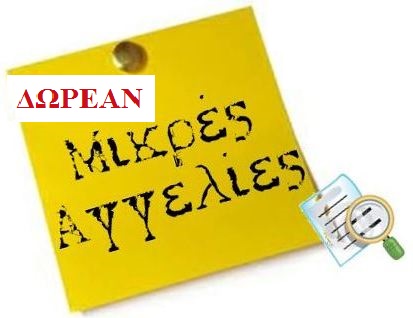